A Texas native, John Dearman has sketched and painted wildlife and sporting scenes along the Texas coast for most of his life.

John's art has been featured in Ducks Unlimited, Gulf Coast Conservation Association and other conservation organizations. 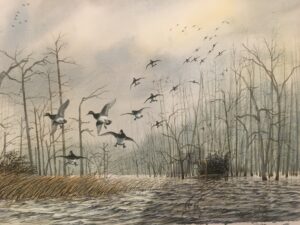