Born and raised in Watsonville, California, Roger spent much of his youth hunting, fishing, and exploring the natural world around him. It was in his senior year in high school that he first enrolled in an art class. When his teacher showed him some sporting images by Winslow Homer, Roger said a buzz went through him that has never left. “I knew then, this was what I wanted to do, and I set my heart to that end.”

Roger’s father, being an avid sportsman of both field and stream, spawned in his son the desire for knowledge and experience that gives Roger’s art its credibility. Roger graduated from college with a B.A. in Commercial Art and a Master’s degree in illustration. He studied with two masters of both oil and watercolor, Vernon Nye, AWS, and Tom Nicholas, NA, AWS.

Drafted into the Army In 1965, Roger was chosen to be one of five enlisted men to go to Viet Nam as a combat Artist. This was the first time the Army solicited enlisted artists to volunteer for combat duty in a war zone. Some of these paintings have been exhibited in the Pentagon in Washington D.C., the Indiana Museum of Art and numerous other traveling War Art venues.

While finishing his Master’s Degree at San Jose State University, an art recruiter from Hallmark Cards came to the campus and on the strength of Roger’s watercolors and sporting themes, hired him on the spot. “I found out later, that the recruiter himself was an avid sportsman which probably helped my chances. He later invited me on a quail hunt shortly after I arrived in Kansas City.”

After two years at Hallmark Cards, Roger accepted a call to teach Art at the college level where he taught for thirteen years and chaired two college Art departments. “I learned a lot in the classroom, says Roger, and I loved every day of it. My students challenged everything I knew and exposed everything I didn’t know. In 1984, I decided it was time for me to move on and devote all my energies to painting. I felt my migration time had come to step out and trust my wings at being a full time painter.” Roger moved to New England where he would begin his new career as a Sporting Artist. He settled into Dublin, New Hampshire, a charming area in the Manadnock region of southern New Hampshire, an area rich in artistic history and sublime landscapes.

In 1992, while visiting his father in California, Roger met Renée, his sweetheart and wife to be. They soon married, lived in Colorado for awhile then on to Wisconsin where they now reside.

Roger continues his passion to paint field and stream and capture in his work those memories familiar to all who love the world of the wild and beautiful. 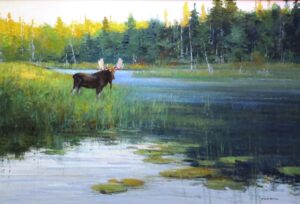 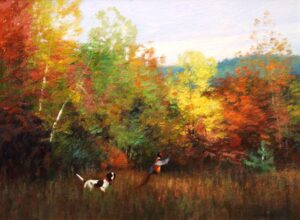 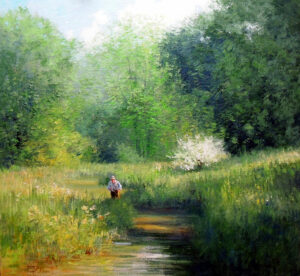 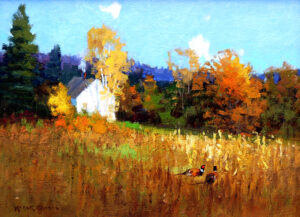 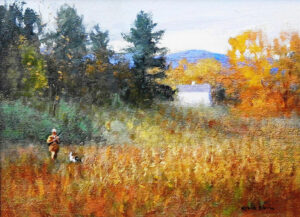 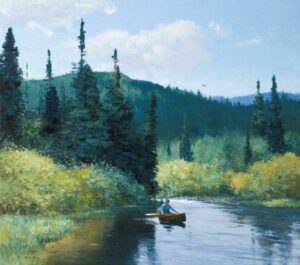 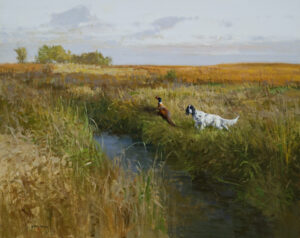 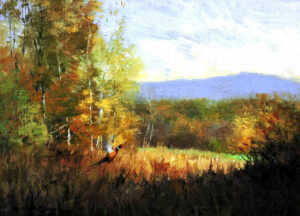 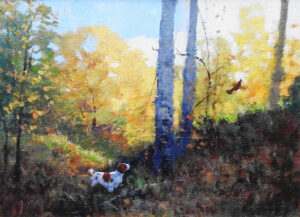 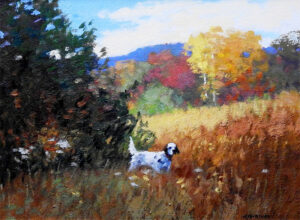 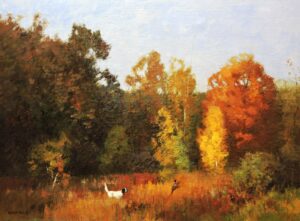 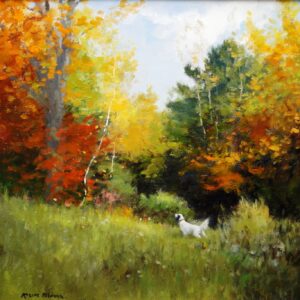 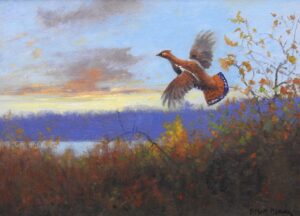 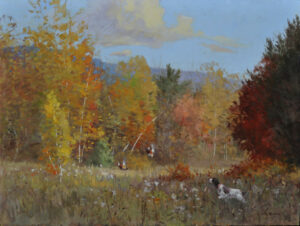 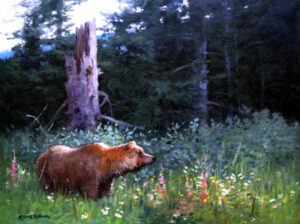 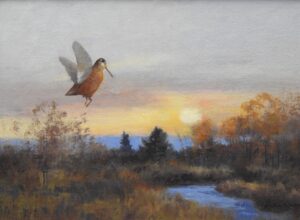 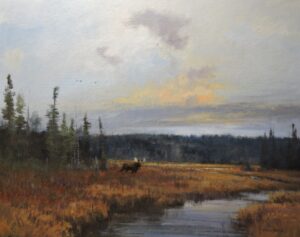 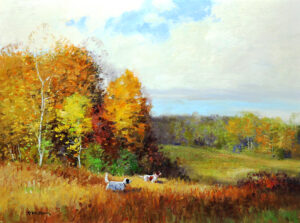 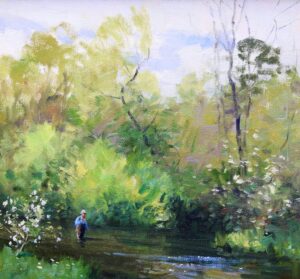 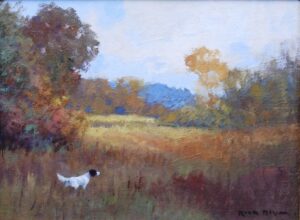 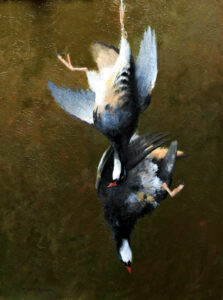 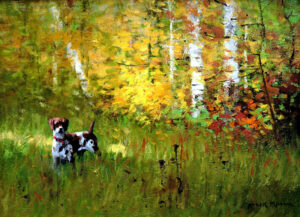 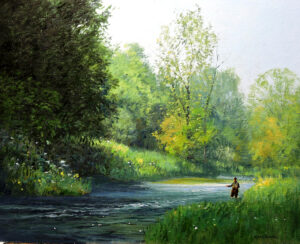 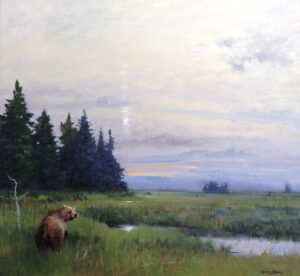 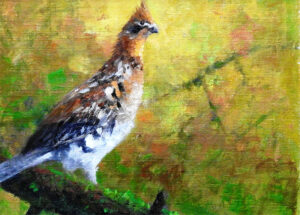 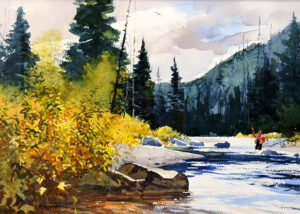 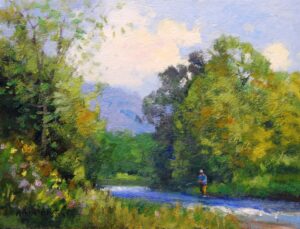