Born in 1957 in Washington, D.C., Mark Susinno grew up in the Maryland suburbs of the nation's capital until he moved to Brooklyn, N.Y., to attend Pratt Institute on a four-year, full-tuition merit scholarship. Upon graduation with highest honors and a Bachelor of Fine Arts degree in painting in 1979, Mark went to work as a torch-cutter and truck driver for a scrap metal and dismantling firm in Brooklyn. A two-month long cross-country road trip led Mark to leave NYC for Maryland in 1982, where he continued to dabble in artistic pursuits while working at various non-art-related jobs. While working as a fabricator of bulletproof doors in 1985, Mark won the 1986 Maryland Trout Stamp contest and decided to concentrate on art professionally. Since then, he has specialized in painting underwater depictions of freshwater and saltwater game fish and scenes of fly fishermen pursuing their obsession. Along the way, Mark has added twenty-one more fishing stamps to his list of credits, including the 1991 First-of-State Pennsylvania Trout/Salmon Stamp and the 2004 First-of-State Texas Freshwater Stamp. Since 1987, Mark’s limited edition prints have been published by Wild Wings, L.L.C.

Of his own approach to painting, Mark says:
"I'm a fisherman and that fact affects how I approach making paintings of game fish. I enjoy suggesting the sense of light and space of the shallow-water aquatic environment, but I also feel the need to present the fish themselves such that they are recognizable to the average fisherman, who is most familiar with how a fish looks when it is out of water. When painting fish (whether in oil or acrylic), my main focus is on creating an interesting abstract arrangement of shapes, colors, textures, and patterns, which I hope will also convey a more or less convincing impression of an underwater scene."

His passion for fishing and need to gather reference material have led Mark to Alaska after Pacific salmon, trout, charr, sheefish, grayling, & pike; Florida for tarpon, bonefish, snook, sea trout, redfish, & barracuda; Labrador for big brook trout; Scotland and many other North American locales for browns & rainbows; the east coast for stripers, bluefish, & dolphin; Texas for big largemouth bass; and too many places to mention for his beloved smallmouth bass. Mark is an avid fly fisherman who fly fishes in both freshwater and saltwater. His wife Roxanne (also an avid fly fisher) accompanies him on many reference-gathering excursions 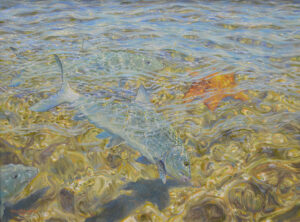 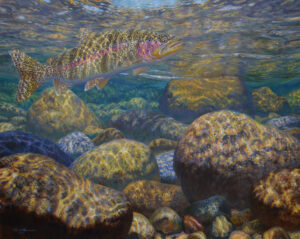 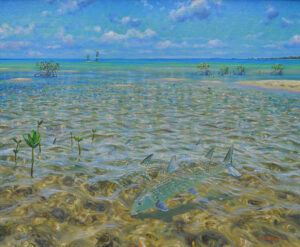 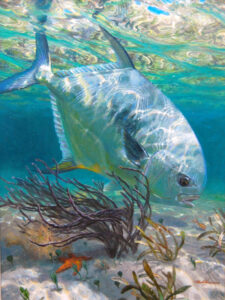 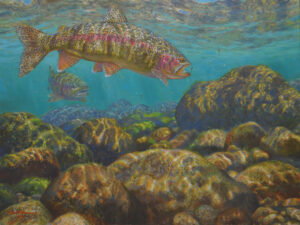 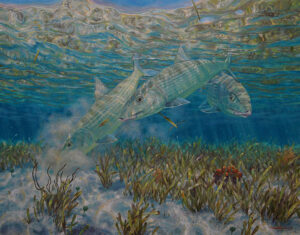 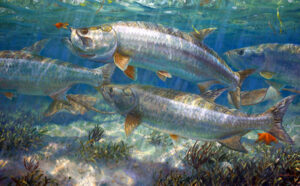 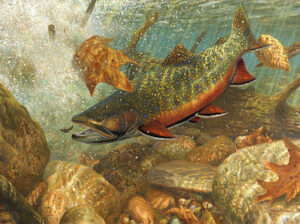 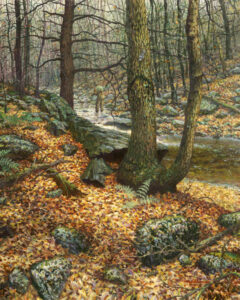 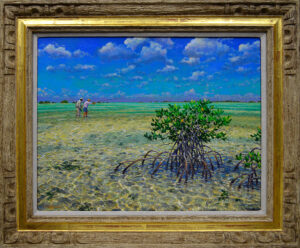 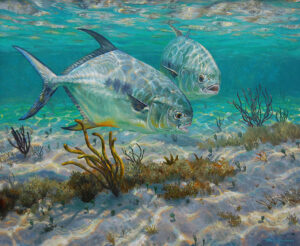 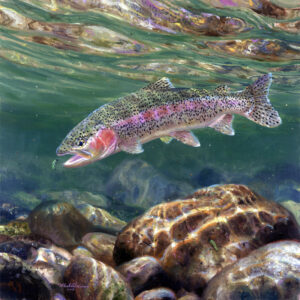 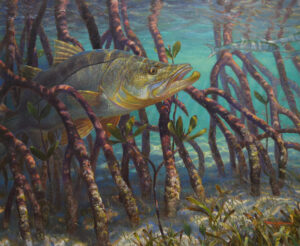 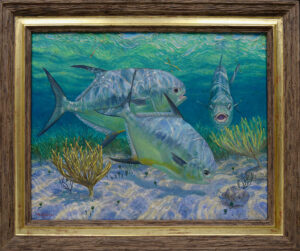 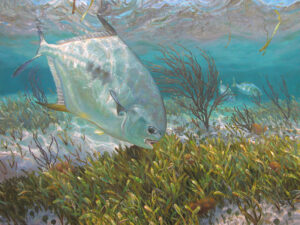 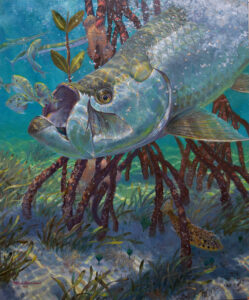 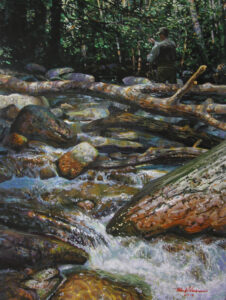 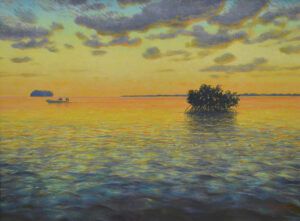 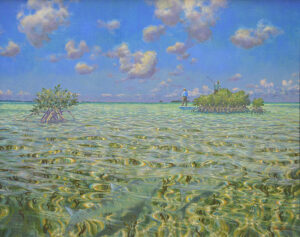 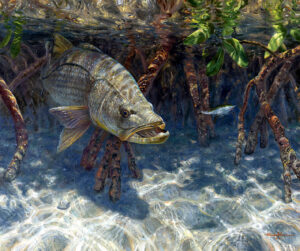 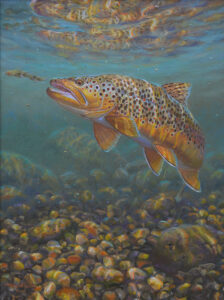 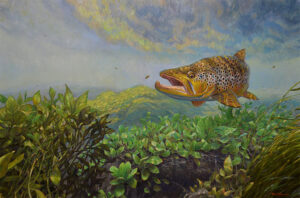 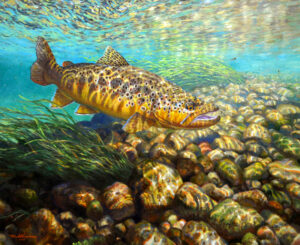 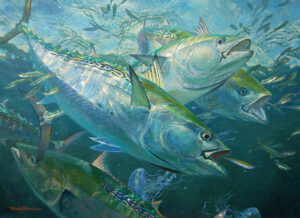 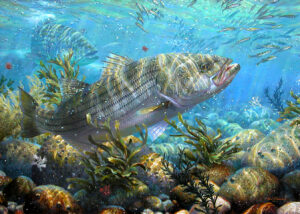 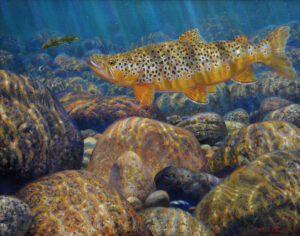 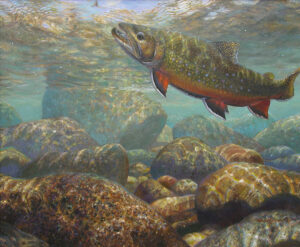 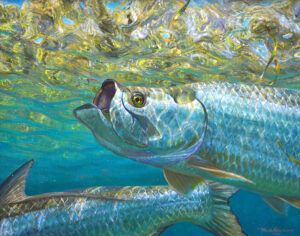 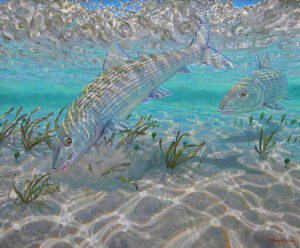