Peter Joslin has lived in Vermont for nearly 30 years, taking advantage of the incredible beauty of the mountains, lakes and streams all around him. Before that, he lived and worked in Connecticut— he grew up in Trumbull, and then moved to New Haven, where he worked for Eastern Press, Inc., a printer that specialized in catalogs, posters and books for museums and galleries throughout the US. He worked on the night shift in order to paint during the day. Peter and his family relocated to the Northeast Kingdom in the early 90’s to work at the renowned Stinehour Press, and finally settled in Charlotte, near Lake Champlain.

Peter has been painting for over 40 years, creating precise collages in the early years; and then abstracted landscapes in oil and watercolor for much of his career. For the past six years, he has been focusing on the intimate beauty of fish and their extraordinary markings- specifically, trout.

Peter’s childhood pastime of fishing followed him through the years, and today he fly fishes the streams and rivers of Vermont—and his painting focuses on the patterns and colors of brook and brown trout. He began with a series of small studies based on their magnificent markings and coloration and continues to explore these themes, sometimes depicting the fish entirely, but sometimes filling the canvas with the markings only, highlighting one of nature’s fascinating truths, that patterns are found everywhere in fish, foliage, birds, etc.

His paintings are modest in scale, allowing for intimate examination. Peter is interested in the boundaries between painting and illustration and is informed by pattern and design. Pattern, design and color are essential in the natural world. Nowhere is this more evident and manifested more elegantly than the trout/Char species, a species in existence for over a million years.

“Fly fishing, wading in mountain streams and rivers, gets me close to my subject. Feeling the pull, the tug of a fish, feeling their energy informs my work.”

Peter is a graduate of the Yale School of Art, earning a MFA in painting in 1985. His work is in private collections throughout New England. 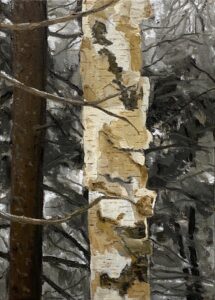 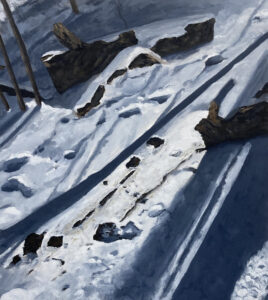 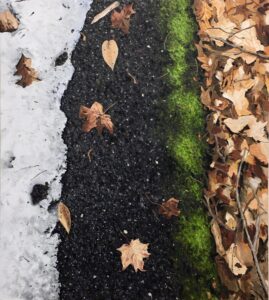 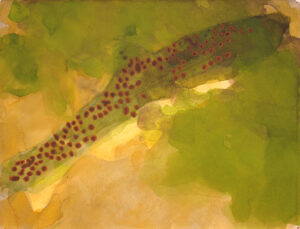 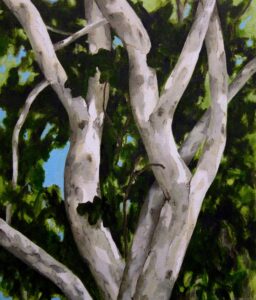 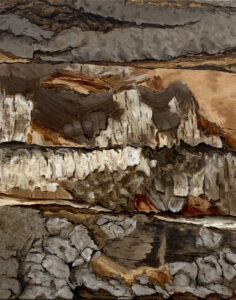 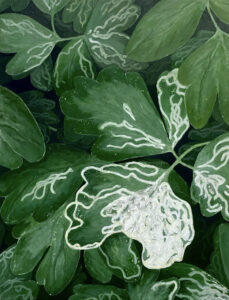 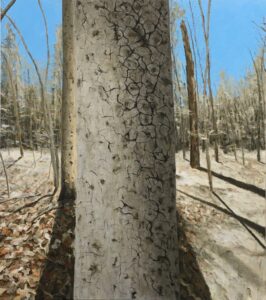 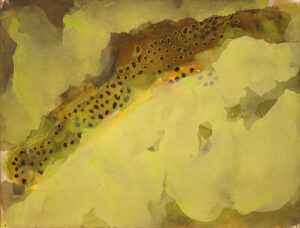 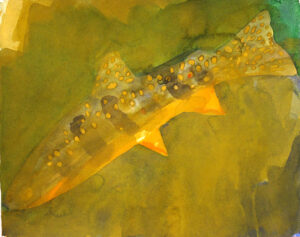 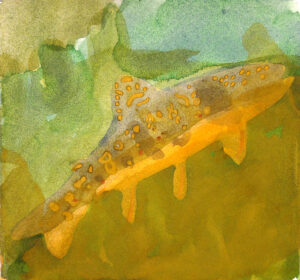