Mike Stidham is uniquely qualified to paint the outdoor world. He is best known for his dramatic oils of fish in their natural environment. It is true that an artist expresses best that for which he has a passion and familiarity. It follows then that many of Mike’s works are connected to the outdoors and the world of fishing. The real essence of Mike’s work is his use of light and Mike paints extensively outdoors on location to accurately capture the true nature of his subjects. His works are painted loosely, creating images that succeed on their total artistic merit, rather than just routinely painting every scale, leaf & feather.

His paintings have been featured in publications such as Fly Fisherman, Rod & Reel, Outdoor Life and Trout, and he designed the 1992 Texas Saltwater Gamefish Stamp. Additionally, Mike is one of few artists who has also worked in other media, such as hand-colored etchings and original stone lithographs. Mike’s artwork has been the feature of tee shirts sold through L.L. Bean and Nordstroms.

Mike is as much at home on the water as he is in front of an easel. He guided for several years on the Snake River in Idaho and holds the IGFA World Record for a Hammerhead Shark taken on a fly rod.

Art Bond, formerly of Western Wildlife Gallery in San Francisco said it best - “Mike Stidham is, without a doubt, the best fly fisherman I’ve ever seen. He can look at water running down a gutter and tell you when the next hatch will occur and what it’s going to be. He has a feel for water that’s almost like a sixth sense.”

Demand for Stidham’s work is strong among collectors, outdoor enthusiasts and those who enjoy the nature of his work. Mike’s perspective and unique approach to his craft comes from years of spending time on, and in, the water, chasing after the various species he then transforms into spectacular paintings. 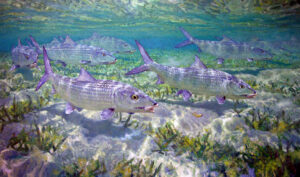 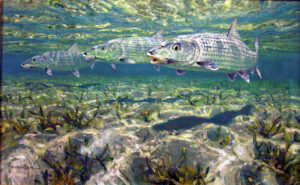 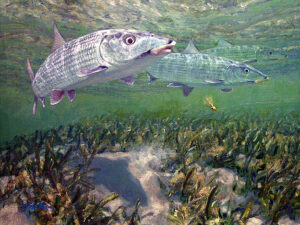 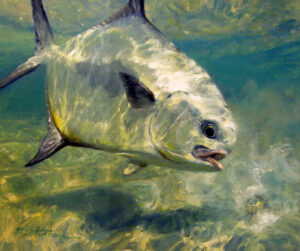 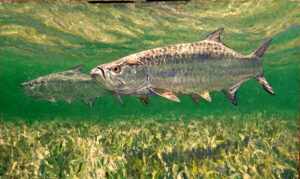 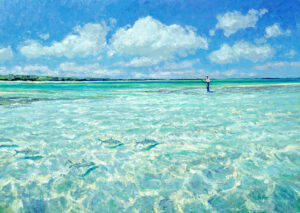 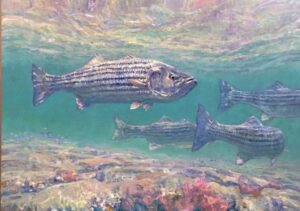 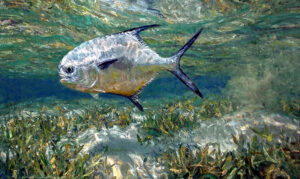 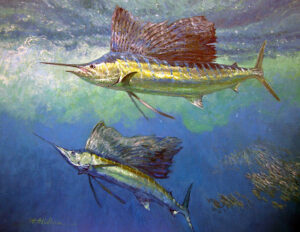 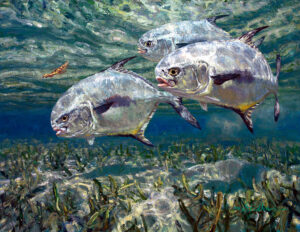 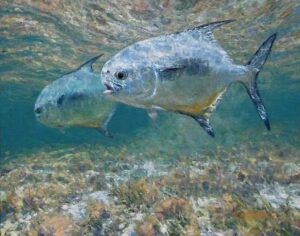 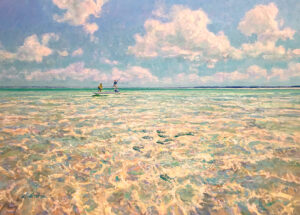 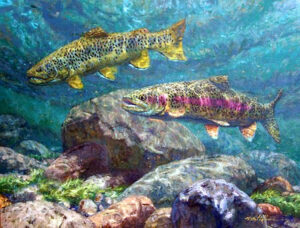 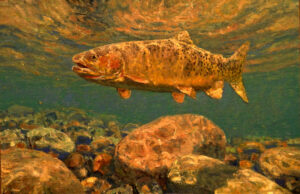 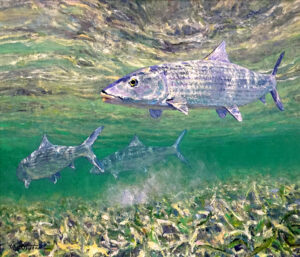 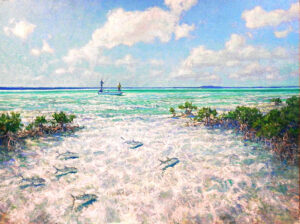 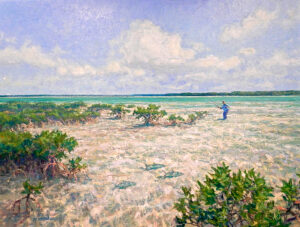 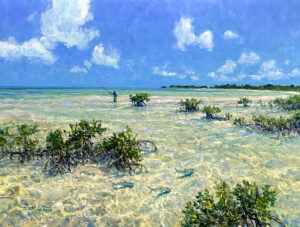 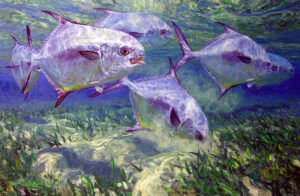 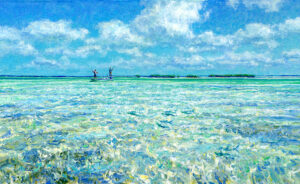 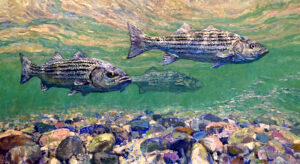 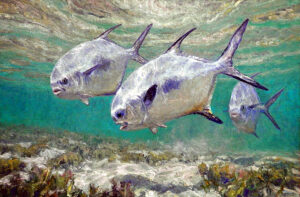 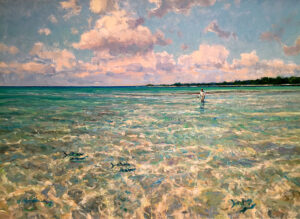