Warren William Baumgartner was born March 15, 1894 in Oakville, Missouri, which is just South of St. Louis. His parents, William and Marina Baumgartner, were German immigrants. His father was a house builder. Warren was the oldest of three sons, all of whom were born in Missouri. He developed an early love of fishing from spending time in his early years in the Ozarks. After high school he studied at the Art Institute of Chicago with W. J. Reynolds.

He moved to NYC in 1935 and studied at the Grand Central School with Pruett Carter and Walter Biggs.

He first painted covers for Dell pulp magazines, such as Gangland and All Western. He also painted pulp covers for Street & Smith Western Story.

He signed his pulp covers with a distinctive "W/B" design composed of one unbroken flowing line. This unique signature composed from his initials has caused some confusion with collectors because "WB" is misleadingly suggestive of another renowned pulp illustrator, Walter Baumhofer, who in fact was not in the habit of signing his work with his initials.

After three years in the pulps, Baumgartner moved on to a long and prosperous career illustrating for magazines, such as American Magazine, Colliers, Cosmopolitan, Redbook, The Saturday Evening Post and Woman's Home Companion.

He lived in Southport, Connecticut.

In the late 1940s and 1950s he illustrated men's adventure magazines, such as Argosy, Climax, Real, See For Men, and True.

He was a member of the Society of Illustrators, The American Watercolor Society, The National Academy of Design, and the Salmagundi Club of New York.

He moved to Englewood, New Jersey.

Warren Baumgartner died at age 69 in September of 1963. 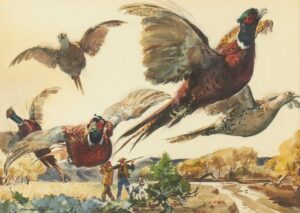 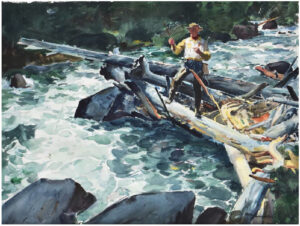